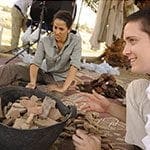 “We were not expecting to find bodies,” says Betsy Bryan, professor of Egyptian art and archaeology. But this year – the 19th summer that Bryan has led Johns Hopkins students on an archaeological dig in Luxor, Egypt – bodies are exactly what Bryan and her students found. “We’ve been digging in this particular site for 6 years now, and up until this time we never found human burials. This year there was at least one burial in every square we dug.” [...] 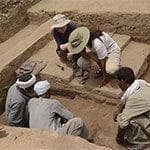 Watch a video of highlights from the archaeological dig and research conducted by Prof. Betsy Bryan and students in Egypt over the summer. Bryan, professor of Egyptian art and archaeology in the Krieger School of Arts and Sciences, led the research team and has done so every year since 1993, bringing the study of archaeology and […] 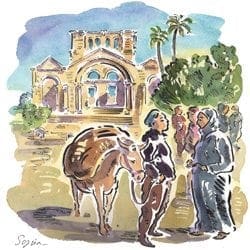 altimore may be home base, but for many in the Johns Hopkins community, travel is an essential part of the job. Research, scholarship, and clinical trials take faculty all over the world, and for some, years of dedicated study have fostered an intimate relationship with a particular locale. [...]

Raymond Westbrook, W.W. Spence Professor in Semitic Languages at the Johns Hopkins University, died peacefully on July 23, 2009, in London, after a long illness, a few months short of his 63rd birthday. He was a leading authority on ancient Near Eastern legal traditions, and made important contributions to the study of early Greek and […]