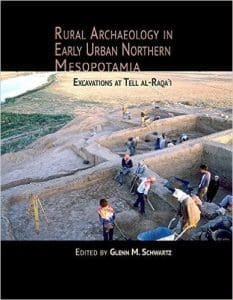 This book presents the results of the extensive excavation of a small, rural village from the period of emerging cities in upper Mesopotamia (modern northeast Syria) in the early to middle third millennium BC. Prior studies of early Near Eastern urban societies generally focused on the cities and elites, neglecting the rural component of urbanization. This research represents part of a move to rectify that imbalance. Reports on the architecture, pottery, animal bones, plant remains, and other varieties of artifacts and ecofacts enhance our understanding of the role of villages in the formation of urban societies, the economic relationship between small rural sites and urban centers, and status and economic differentiation in villages. Among the significant results are the extensive exposure of a large segment of the village area, revealing details of spatial and social organization and household economics. The predominance of large-scale grain storage and processing leads to questions of staple finance, economic relations with pastoralists, and connections to developing urban centers.