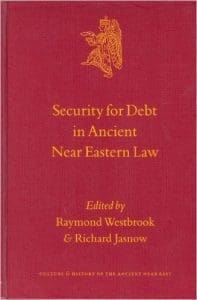 Creditors have always sought the protection of the law to secure themselves against loss if the debtor cannot or will not pay the debt. This volume examines the legal instruments of security available to creditors in the earliest known legal systems, their use and abuse, and the ways in which the law sought to satisfy the differing interests of creditors, debtors, and society in general, with varying degrees of success. The book covers all the major legal systems of the ancient Near East, from Sumer to Ptolemaic Egypt, as well as comparative historical developments up to the present day. Twelve scholars have each contributed a study of their special period of expertise, while the general issues that arise from their research are discussed in a concluding chapter.